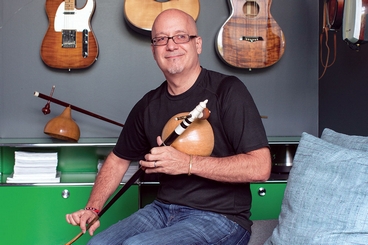 Everyone probably has daydreamed about what they’d do if they hit it rich. But even among the rare few who actually get that lucky, hardly any pack it up to live out their fantasy. Here are three tech entrepreneurs who left the grind behind. Read on and get envious.

Ken Pelletier has been exploring the music of diverse cultures as long as he can remember. After reaping the financial rewards as founding chief technology officer of Chicago-based Groupon from 2007 to 2011, he took time out for a deep dive into music in Cambodia. There, he learned to play an ancient string instrument that was almost lost forever during the Khmer Rouge genocide in the 1970s.

Mr. Pelletier started playing guitar when he was 8. He also plays the bass, mandolin and shamisen, a Japanese guitar. While on a trip to Southeast Asia with his wife in early 2013, he discovered the unique sound of another string instrument—the kse diev (pronounced sigh-DYOO)—and knew he had to return to take lessons.

“This instrument creates a sound that isn’t like any other Southeast Asian music—it’s more like American blues,” says Mr. Pelletier, 52. It goes back 1,000 years to pre-Angkor time, he says, and he believes there was only one person after 1979 who knew how to play it. 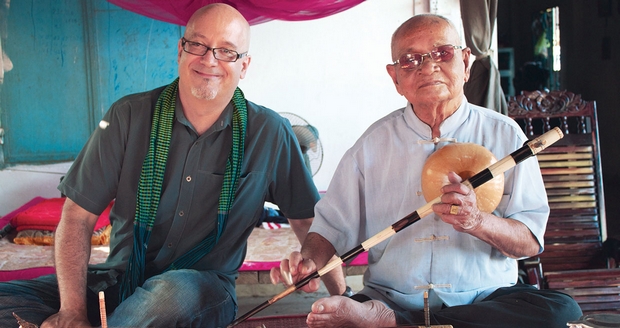 Master Sok Duch, now 90, and the sole surviving player of the kse diev after the Khmer Rouge genocide.

Over two months earlier this year, he studied and practiced in Cambodia at least three hours a day. The kse diev is a fretless one-string instrument made of a long stick with a string and connected to a gourd held over one’s heart to play. Mr. Pelletier learned under Phanith Lun, grandson of Master Sok Duch, who survived the Khmer Rouge mass killings and saved the kse diev from extinction.

Members of a nonprofit, Cambodian Living Arts, asked Mr. Pelletier to take recordings of masters playing traditional songs on the kse diev back to Chicago to create an online archive.

“These things I’m doing now were always simmering, and I’ve had to push them aside instead of getting deeper into it,” says Mr. Pelletier, who returned home with five of the obscure instruments. “This time I had the chance to go all the way in, and in some small way I’m helping to keep this instrument alive.”

Though he pulled out of day-to-day business activities for several months, Mr. Pelletier remained a technical adviser and early investor in a handful of Chicago startups, including DeskTime LLC,Shiftgig Inc., Kitchensurfing Inc. and the Noun Project.

After returning to Chicago from his musical experience, he went back to Cambodia two more times over several weeks to work with a filmmaker on a short documentary series about social injustices in that country.

“I’ve had 30 years of really intense work in technology design, and to continue to do that well wouldn’t leave room for anything else,” Mr. Pelletier says. “Now I’ve got the time to pursue these other passions.” 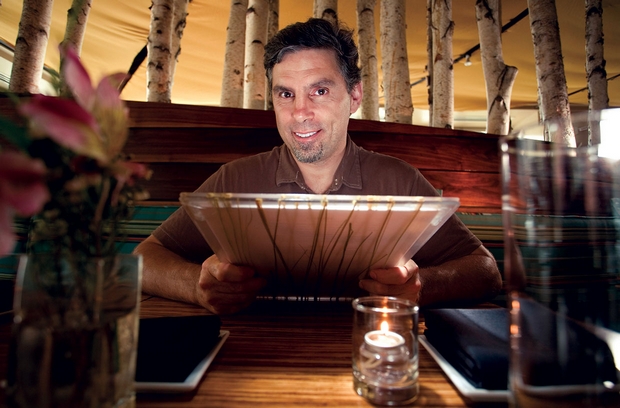 At the end of the summer, Chuck Templeton locked up his Chicago home and moved to Costa Rica with his wife and two children for a year of adventure in Central America.

Mr. Templeton, founder of San Francisco-based OpenTable Inc. and until recently the head of Impact Engine, a Chicago accelerator for social enterprise startups, will spend time with his family learning Spanish and absorbing a new culture. He intends to study the country’s widely respected eco-driven policies and programs. Mr. Templeton also plans to take advantage of the natural environment there for some surfing and cycling, he says.

“We wanted to take our girls to a developing country that is safe so they could learn that there are other places that aren’t like our comfortable life in Chicago,” Mr. Templeton, 46, explains. Besides, “I’m a runner and mountain bike rider, and my girls (ages 8 and 10) are surfers. Costa Rica has a lot of that down there.”

The family will live on the country’s Pacific Coast on the Nicoya Peninsula, a magnet for surfers from around the world.

While Mr. Templeton has given up his daily responsibilities at Impact Engine, he remains chairman of the board and will check in regularly with Jessica Droste Yagan, the accelerator’s new CEO. He will continue his role from afar as a mentor to one or two startups participating in the 16-week program.

Mr. Templeton, who considers climate-change issues a high priority, may have even more good advice to share with startups once he learns more about Costa Rica’s ways of tackling some complex environmental problems.

“I’m a believer that every business that’s not thinking about the impact of climate change and isn’t treating people right isn’t going to be successful in the long term,” he says. “I’m hoping to connect with some progressive educational institutions (in Costa Rica) and bring back some good ideas” to share with other startups.

Mike Evans, GrubHub Inc. co-founder, wrapped up a two-month-plus cross-country bike trip in late August that started in Virginia Beach, Virginia, in June and ended more than 4,100 miles later at the Pacific Ocean in Florence, Oregon.

Before departing, Mr. Evans, 37, resigned as chief operating officer of the Chicago-based online restaurant-ordering service after the startup went public last spring. He sits on the boards of two city startups—Whittl and Kapow Events Inc.—and is a mentor for and investor in Impact Engine, an accelerator program for social enterprise startups. Those commitments didn’t interfere with Mr. Evans’ ability to drop out for the summer and hit the road.

“After working on GrubHub for 12 years, I needed to take a break,” says Mr. Evans, who’s married with no kids. “Riding my bike across the nation was just the thing that I needed to reset my mental state after being so focused on a single idea for such a long time.”

Mr. Evans rode a tricked-out Easy Racer Ti-Rush recumbent bike, which held all his gear. He camped most nights but slept in the occasional bed-and-breakfast or motel along the way. He rode through thunderstorms, steep mountain ranges and a forest fire in Oregon. 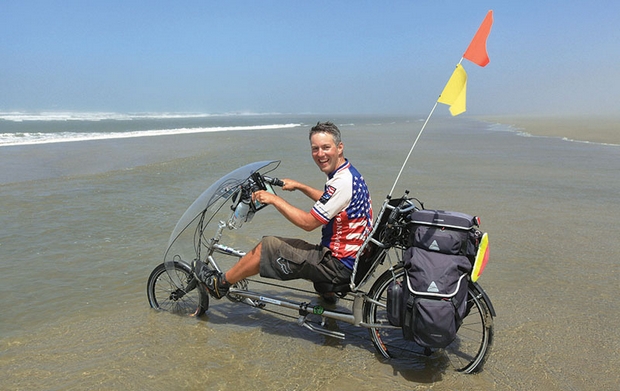 In a daily blog with lots of photographs, Mr. Evans shared his encounters with the people he met and offered commentary on the TransAmerica Trail he followed.

“Both the photography and the writing were an intentional choice to focus on a creative effort after spending so much time thinking about business,” says Mr. Evans, who rode about 68 miles on a typical day.

In an email exchange en route, Mr. Evans shares some surprises he didn’t anticipate. “I made a couple of very close friends from the other tourers I met on the journey,” he writes. “I had expected to do the trip solo, except for one week with the pastor of my church (First Evangelical Free Church of Chicago), Bill Shereos, and Chuck Templeton (from Impact Engine), who was a mentor to me early on starting GrubHub and has become a close friend.”

Between Kentucky and Oregon, Mr. Evans and about six other cyclists weaved in and out of one another’s paths. He spent the most time with two British cyclists.

When he has recovered from the trip, Mr. Evans plans to write a book about the transition from bringing a company through an initial public offering and leaving it behind to ride across the country.

In an epilogue blog post the day after he wet his wheels in the Pacific, he wrote, “The most ethereal of the changes (for me) has been the spiritual journey. It has been a slow change, composed of imperceptible increments. . . . The peace I feel at the completion parallels the varied nature of the journey itself.”