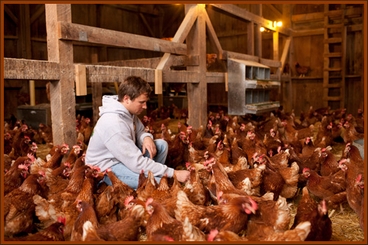 Diners looking to save chickens from inhumane conditions and help more naturally raised birds get to Chicago restaurants can donate money to a crowd-funding campaign recently launched by Slagel Family Farm.

The Chicken Freedom Project was started by Fairbury-based chicken and livestock farm in the hopes that concerned foodies will contribute toward raising $40,000 for a down payment on a nearby five-acre farm that had been an industrial chicken facility.

“We’re hoping anyone who cares about animal welfare donates to our campaign,” says Mr. Slagel. “It’s a more direct way for someone to make their money count compared to donating to PETA (People for the Ethical Treatment of Animals).”

The online campaign so far has raised a few thousand dollars. Donors from the Chicago area include Justin Hall, owner of Chicago-based Fig Catering, and Michael Tsonton, executive chef at Hotel Arista in Naperville.