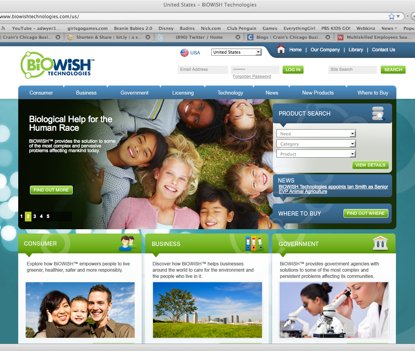 Rod Vautier must have been inspired by famed Chicago architect and urban planner Daniel Burnham’s well-worn phrase “make no little plans” when he and his partners decided to move their green biotech company’s global headquarters to Chicago recently from Australia.

The company intends to ramp up sales dramatically using Naperville as its new base of operations, says Mr. Vautier, president and one of the company’s three founding shareholders.

The other two founders are Vince Wise, Mr. Vautier’s long-time business partner and fellow Aussie, and Wisuit Chantawichayasuit, a scientist from Thailand who developed the green, organic technology and was already selling some formulated products in Asia before Biowish’s formation.

Indeed, the privately held company is projecting revenue growth from $15 million this year to an estimated $300 million in about three years. The 4-year-old company has just begun to commercialize its technology, and even though they’re already selling products in 13 countries, they expect sales to take off once they’ve penetrated the U.S. market more fully, says Mr. Vautier, 39. It’s also launching its products in countries including the United Kingdom, Australia, Turkey, Malaysia, Thailand, Colombia, Ecuador and Mexico. The products are manufactured in Thailand. 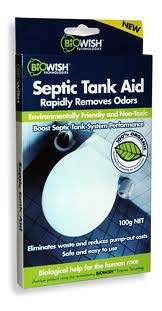 Biowish’s technology breaks down dirt, solid matter and other biological reactions at an accelerated speed and efficiency. The products include solutions that assist in quickly reducing noxious odors of industrial waste water that is often high in ammonia and other organic compounds. Other applications: solutions used for environmental treatment of manure lagoons in animal agriculture companies, and consumer sprays and solutions that sanitize homeowners’ septic tanks and deodorize their garbage bins. 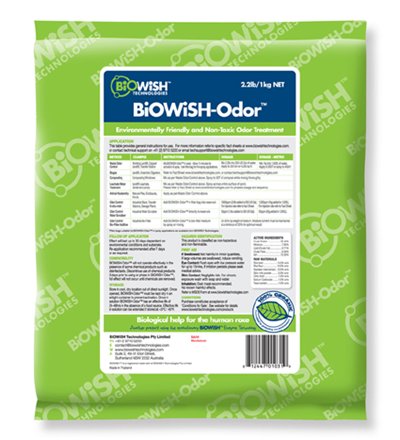 Some products can also reduce energy costs for waste-water treatment because the accelerated process enables companies to use less air in their water purification. Energy is required to add air to that process.

Biowish is moving the last of its key executives to the Midwest this month and will have a staff of 10 in its Naperville headquarters. Crain’s spoke with Mr. Vautier about why he and his partners picked Chicago as its new global hub and how they intend to catapult sales over the next few years.

Crain’s: Chicago’s a long way from your original base in Sydney, Australia. What led to the decision to move your global headquarters thousands of miles away?

Mr. Vautier: Based on the products’ successes in Australia through 2009, we gained the confidence and thought it would be appropriate to move our headquarters to the U.S. because of the limited market size of Australia and because we were a long way from our other major markets around the world. It’s only this year we began to focus on sales in the U.S., and Chicago is central to the population center we’re trying to reach here.

We found some corporate head offices we dealt with were nearby, such as Ace Hardware and Menards, and we liked being close to them. We also found good logistics companies to work with here. Chicago has excellent air transport access to Canada, Central and South America, to Europe and within the U.S. I know the winters will be much colder than Australia, but at least there are great restaurants here.

Crain’s: What market sector of your products is responsible for the majority of Biowish’s current sales, and who is buying them in the U.S.?

Mr. Vautier: Our current revenues are approximately even across agriculture, waste-water and consumer products. Over time, we expect agriculture to grow at a much faster rate, followed by waste-water.

We’ve been quite successful in industrial waste-water processes in the U.S. already, many of them based along the East Coast. One client is Twin Rivers Technologies, a (Quincy, Mass.) chemical processing company. Our growth has been quite good with respect to the large retail groups (for consumer products), and we expect to get into the big-box stores in the near term, too. We’re also currently working with animal agriculture companies across the dairy, poultry and swine sectors. These companies include distributors such as Wilbur-Ellis, Nutra Blend, Westway Feed Products, and Foster Farms.

Crain’s: You have tremendous growth projections in the next few years. How do you intend to reach those targets?

Mr. Vautier: Our strategy is to use the presence in the U.S. and Australia to do the work of validating the technology and proving its worth to our target market. Once we have a strong position within the U.S. in particular, which is respected globally in terms of technology and regulatory matters, we believe entry to all other markets will be much easier. When we are properly successful here, we expect to work with the No. 1 or 2 biggest distributors in every market around the world.

Crain’s: What are your views on the amount of industrial and agricultural waste that’s flushed into the environment and what impact can your company have in helping corporations reduce these potential environmental hazards?

Mr. Vautier: We get a unique perspective on that because we see it from the U.S. and Australian context, and we also get to see it in India and southeast Asia. All countries can do better in reducing harmful waste. But when you visit some of the more developing countries, you see what a massive challenge the planet faces in terms of some of these environmental issues. Technologies like Biowish have a role to play because we provide a low capital-cost, environmentally friendly way to deal with some of the waste that’s being produced on a massive scale.

In other green news:

The Illinois Environmental Protection Agency has set aside $5 million in funds through 2011 for its Green Infrastructure Grant Program for stormwater management projects. Municipalities, non-profits, universities, land management agencies, soil and water conservation districts that want to apply can get more info here: http://www.epa.state.il.us/water/financial-assistance/igig.html

The Biodiversity Project, a Chicago-based non-profit environmental organization, expanded its board of directors this week with the addition of two new members: Kari Lydersen, a freelance journalist and author who covers environmental and scientific issues, and Rey Phillips Santos, assistant corporate counsel at the City of Chicago Department of Law. For more info: www.biodiversityproject.org