With Chicago temperatures dipping into the frigid zone, two local entrepreneurs are betting their new green startup will cater to the legions of homeowners who aren’t doing all they can to be energy efficient.

Energy Results co-founders Jason Blumberg and James Carlin, both 34, launched a consumer website earlier this month that will enable Chicago homeowners to get a free virtual energy audit of their home. If the audit shows they can benefit from some changes that could lower their heating bill, for example, the user can connect to services and products on the site to take that next step. Homeowners also can use a registry service to record all their energy improvements to demonstrate that value to prospective buyers when they sell their home.

The company’s founders predict they can help homeowners reduce their energy bills on average by about 30%, sometimes with easy fixes including sealing windows, replacing old appliances or adding insulation to walls.

Mr. Blumberg had been a consultant at McKinsey & Co., where he was advising large utilities and other companies on developing business strategies in the clean-tech sector. He eventually decided to take his own good advice and left to start a company that taps the growing awareness about energy consumption.

Mr. James was most recently an executive director in investment banking at J. P. Morgan Chase & Co. and left to join his friend and fellow Michigan State University classmate in launching the company.

The website took about 18 months to develop and the partners say they’re already generating revenues from visitors to the site. The founders invested their own money in the project, and later they may seek outside capital to grow beyond Chicago. By the end of 2011, they intend to roll out the services and products on its website to eight to 10 additional markets in the Midwest and Northeast where home energy consumption is high. 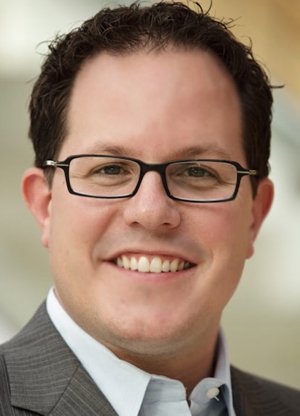 Mr. Blumberg also sits on advisory committees for the Clean Energy Trust and the Midwest Energy Forum. This fall, he taught a clean tech entrepreneurship class at University of Chicago’s Booth School of Business.

Crain’s talked with Mr. Blumberg about his new venture.

Crain’s: How did you identify the need for this type of online consumer service?

Mr. Blumberg: Most homeowners have an opportunity to reduce their energy consumption by about 30% with things that pay for themselves. A middle-income suburban homeowner could typically save about $900 a year. If they have all this opportunity, why aren’t they capturing it? We figured if we can solve that, we can really develop a business that has a lot of opportunity and can help the environment at the same time.

There are a few other online energy audits out there. One is Lawrence Berkeley (National) Laboratory, but it’s very complex and takes about a half hour to fill out. It’s good if you can do it and know the R value of your walls, which most people don’t. We wanted to make something that was easy for most people that gets them 80% of the way there in 10% of the time. We created something that was easy for one of our relatives to do because the mass market is our target audience. A building science expert isn’t who we’re targeting.

What are some of the barriers you found that prevent homeowners from making energy-efficiency improvements to their home and how does your website solve those problems?

The first barrier is even knowing there’s a problem. Then when a homeowner does an audit and finds out they have a problem, they need to know what to do about it. Once they find out there’s six or seven things to fix it can get really complex to do it all, so many people stop there. If they go on, then they have to finance it, and know how to show the value for it when they go to sell their home.

There are people providing services in each one of these verticals, but there’s nobody making it easy and seamless for the consumer. We wanted to create an end-to-end solution and make easy-to-use online tools.

How are you getting the word out to consumers about your new business?

Right now we’re using less traditional forms of marketing. We’re focusing on pay-per-click marketing on Google. We’re trying to build Facebook and Twitter followings. We’re running a holiday contest right now with Facebook. With Twitter we’re trying to build relationships. If we decide to get some outside capital financing down the road, then we might have a bigger marketing budget to do more things.

What are your long-term growth plans?

We want to expand these services and products to other markets by the end of next year, but our hope and plan is to be a trusted energy adviser. There’s a lot that’s coming a few years down the road that consumers don’t even know about yet. Solar is going to become more cost-effective, electric vehicles are going to start playing into the grid and people are going to have smart meters in their homes. There’s going to be integrated homes for home energy efficiency management.