Majora Carter, a MacArthur Foundation “Genius” award winner known for fostering eco-entrepreneurship in the South Bronx and elsewhere, was the star attraction at a Blacks in Green-sponsored event this week in Chicago. She came to inspire potential entrepreneurs and environmental activists in economically-challenged communities about creating opportunities in the green economies within their own neighborhoods.

Blacks in Green, a non-profit group that focuses on green community economic development in Chicago, invited Ms. Carter to share her perspectives alongside a panel of speakers representing local organizations, including the Center for Neighborhood Technology, the Little Village Environmental Justice Organization, the Center for Urban Transformation and Claretian Associates. 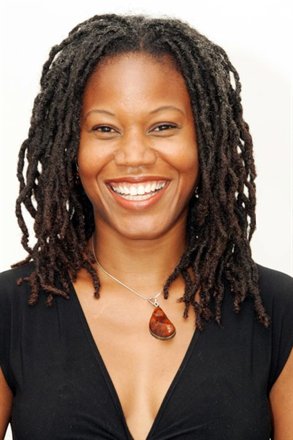 Ms. Carter is recognized for her work over the last decade-plus as an environmental and social activist and founder of Sustainable South Bronx in 2001. She’s credited with encouraging individuals in economically depressed areas to start their own businesses in the green sector and train unemployed people to show them a way out of poverty and help others avoid returning to prison. Ms. Carter currently is president of Majora Carter Group LLC, a “green-collar” economic consulting firm. She’s also been named one of Fast Company’s 100 Most Creative People in Business.

More than 100 people braved the sub-zero cold Tuesday to show up at the event, which took place in the Loop at architecture firm Gensler.

Crain’s sat in on Ms. Carter’s pep talk. What follows are excerpts from a handful of themes she touched on:

What she has in common with the Tea Party:

I have a confession to make to you all: I have something in common with the Tea Party. I too want to see a smaller government. How I want to do that is by creating jobs for our most expensive citizens. They are the people who are using an enormous amount of our social-service dollars in this country. They’re people who are generationally impoverished, they’re people coming back from our oil wars, often more broken than when they left, and they’re the folks that cycle in and out of our criminal justice system. I’m from a place where there are an awful lot of very expensive citizens.

Creating green space, jobs in her community with local workers:

Some guy who was born and raised in my community worked for the (New York) Metropolitan Transportation Council and told me the federal government was giving out grants to do Greenway work. I figured out this could be the way to create some economic development opportunities along it. It could be greened up to do beautiful things, like attract storm water that helps cool your cities and lower your energy cost.

Our city kept bringing people in to do the work when we had a 25% unemployment rate (in the South Bronx). So we started one of the country’s first green-collar job training and placement programs designed specifically around wetland restoration and urban forestry. Then we moved later into green roofing and learning how to clean out contaminated lands, of which we have many in urban areas around the country.

People told me you’re not going to find a welfare mother or an ex-con who’s going to be interested in doing this stuff. You give people a reason to feel as though they have a reason to be involved and you will be surprised at the beautiful things people will create. We also wanted to see local dollars staying in our community. One way you do that is to employ the people that are there. That’s happening here in Chicago too.

Communities must find their own green markets:

There’s been a lot of talk about climate mitigation. But are these the kinds of jobs that are going to be coming to the ‘hood? Probably not. I’d love to see folks installing solar panels, but chances are those jobs are going to go to folks that are walk-overs from the construction industry.

We know the climate is changing, and are we coming up with ways to adapt to that? Anything that absorbs water is good for our cities.That’s urban forestry, green roofs, wetland restoration. Those green vegetative surfaces also lower the ambient temperature of a city, which means you’re running your AC less in the summertime. You can train people to be horticultural engineers of the future, and those are jobs that can be done by some of our most expensive citizens.

We need to keep our money local:

We have lots of money in our local communities, and right now it all goes out. That’s not how to create wealth and well-being in our community. We can look at the food system, climate adaptation strategies and building real strategic businesses around those models and allow people to thrive right where they are.

I’ve been around the country. What I’ve seen is that people around us are all working to solve really big problems with local solutions. I call that home town security because I do believe if we act locally and think locally, we’ll all be fine.