In the year ahead, Chicago companies paying lip service to sustainability ought to make a resolution to get on with the hard work of implementing its principles into their daily operations.

That’s the New Year’s wish from George Nassos, director of the Center for Sustainable Enterprise at the Illinois Institute of Technology’s Stuart School of Business. Mr. Nassos, 71, has been inspiring Chicago-area companies to embrace the principles of sustainability for more than a decade by demonstrating to those interested in listening that it’s good for their bottom line and good for the planet as well. He’s also taught courses on the subject at IIT as an associate professor. 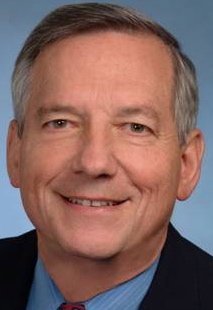 He knows a thing or two about practicing what he preaches. Before turning to academia, Mr. Nassos spent more than three decades working in the corporate world in the chemical and environmental services industries, including 16 years at the Chemical Waste Management subsidiary of Houston-based Waste Management Inc.

Crain’s met with Mr. Nassos as 2010 was coming to a close to get his views on what opportunities lie ahead for Chicago companies intent on greening their operations.

Crain’s: How would you describe the current state of sustainable business activity in Chicago?

Mr. Nassos: There are a few large companies in the Chicago area that have looked at sustainability and implemented it. They include McDonald’s Corp. and Baxter International. They’re working with their supply chain, developing incentives for those companies to be sustainable as well. However, there are many local companies that aren’t doing anything.

Almost every company today has someone on their payroll with sustainability in their title. Nine out of 10 of these people have no idea what that is. You also need key people in each department so they can work together on sustainability. Most companies don’t have that either. That’s not going to happen unless upper management understands it and embraces it. It has to come from the top.

I have a former student who graduated (from IIT) and is now sustainability coordinator at a large, local company. She called me recently and said, “nobody here understands what I’m trying to do.”

Crain’s: Why are so many companies reluctant to pursue sustainability programs, such as making energy efficiency improvements or reducing water consumption?

Mr. Nassos: In poor economic times, corporations are afraid it’s going to cost them money and they don’t want to spend to implement sustainability unless they’re convinced it’s going to help their bottom line. If companies get into sustainability they will find it will help their bottom line. But they don’t know enough about it.

Crain’s: What can Chicago companies do in the year ahead to move toward becoming more green?

Mr. Nassos: Corporations don’t have the luxury, time or money to send their key people from each department to our school or other schools that are starting sustainability programs. It makes more sense to have someone knowledgeable go to their facility and do a training program at the executive and management level. Then they could bring in a consultant to help implement and integrate sustainability in their process or product line. It would be more cost effective that way.

Crain’s: What are the obstacles preventing company executives from pursuing these goals?

Mr. Nassos: They don’t really understand the benefits of sustainability and they don’t understand the severity of our environment. When I give talks, I go back to the creation of the Earth and I show how much damage we’ve done in such a minuscule amount of time. We are consuming the future.

The city of Chicago sold the future earnings of the Chicago Skyway and parking meters to get money today. We’re doing the same thing environmentally. We are consuming 1.4 times the natural resources of the earth today and taking it away from future generations. We need corporations to be aware of this so they can take action.

Crain’s: What’s the biggest opportunity for the next mayor to encourage companies to adopt sustainable practices?

Mr. Nassos: We need every company doing business with the city of Chicago to be required to become more sustainable so the city can truly say they’re green, even beyond their own operations with the Chicago Climate Action Plan.

How do you do that? You start out with companies that provide products and services to the city and you give them an incentive to become more sustainable. When companies bid on new city contracts, the city could give them a discount on their bid if they demonstrate they’ve adopted sustainable practices. The city can use that discounted bid as an edge against other companies competing for the same job. If you’re awarded the contract, you’ll get paid the full amount of your original bid and the city will eat the difference. Wal-Mart is forcing its suppliers to be more sustainable and the city of Chicago should be doing the same.