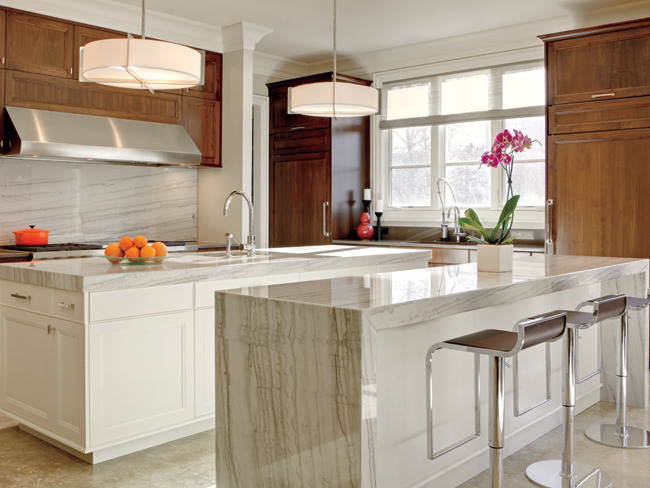 A home by Environs Development at 2648 North Wayne Avenue.

Luxury homes built on spec in Chicago’s toniest neighborhoods are back with a vengeance. Developers who were reluctant to take on the risk of constructing deluxe dwellings without bona fide buyers for properties in Lincoln Park, River North, Lakeview, Bucktown, and elsewhere in 2008 and beyond are now building on spec again, at a faster clip than they can recall in recent memory. Demand is so hot for some of these homes that many aren’t even completed before the ink dries on buyers’ contracts.

Case in point: Ken Brinkman, president of Environs Development (3060 N. Lincoln Ave., 773-665-8170), reports that two sumptuously appointed Lincoln Park homes on the same block that he began constructing on spec last fall—a majestic 8,600-square-foot home at 1874 North Orchard Street with seven bedrooms and six bathrooms, and a 7,200-square-foot neighbor at 1870 North Orchard Street—sold before the roofs went up. He sealed the deals at hefty price tags of $5.975 million and $4.975 million, respectively.

Brinkman estimates about 80 percent of his firm’s projects in the last year or two began on spec and ended up pre-selling early in construction, which turned them into custom homes by the time buyers were ready to move in. Only about 20 percent of Environs’ completed homes are fully built on spec till completion, and many of those have gone under contract within 60 days, he adds.

Developers like Brinkman say buyers sitting on the sidelines have been beating a path back to the market for the last year or more. “What feels different now compared to even a year ago is that the potential clients we’re talking to are much more confident about their financial situation and more comfortable about the economy,” he observes. 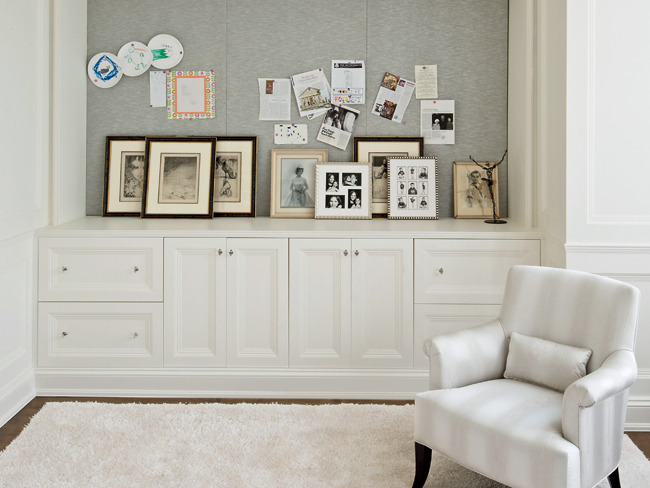 A lack of inventory is one reason high-end spec homes aren’t languishing. Some reluctance among many potential buyers to commit to the drawn-out process of custom-building homes is fueling the feeding frenzy for spec homes, too. “Custom projects have a terrible reputation for being time-consuming, and most people don’t want to deal with the details of meeting with architects and builders and making so many decisions,” asserts Brian Goldberg, a partner at LG Development Group (2234 W. North Ave., 773-278-6983). “It’s not that risky for us to build high-end properties on spec because only about 10 percent of the population buying homes [at those price points] are willing to build custom homes.”

LG tore down a four-unit apartment building at 2145 North Dayton Street last summer and is at the drywall stage of an 8,000-square-foot single family on that lot with six bedrooms, five bathrooms, two powder rooms, and high-end finishes throughout. Asking price: $4.695 million. Another LG property going up on spec is at 1720 North Mohawk Street. The single-family, 6,000-square-foot home will have five bedrooms, four baths, two powder rooms, and a price tag of $4.2 million.

Deluxe single-family homes aren’t the only spec developments enjoying robust activity in Chicago right now. Ranquist Development Group has seen spec building of luxury condos and row homes with well-appointed architecture gaining significant momentum since mid-to-late 2012, primarily in Bucktown, River North, and Logan Square, according to Karen Ranquist, who markets many of these properties through Koenig & Strey, where she is a real estate broker (1800 N. Clybourn Ave., 312-475-4542).

In collaboration with Seattle-based architectural firm Miller Hull Partnership, Ranquist last year gutted and redesigned a six unit luxury condo building in River North at 747 North Clark Street that recently sold out. The boutique building features full-floor units ranging from $1.11 million to $1.3 million with elevators that open directly into the homes, says Ranquist, who is married to Bob Ranquist, the development firm’s president.

“As a smaller developer, this is the busiest we’ve ever been in the 15 years of projects we’ve developed in the city,” says Ranquist. One of Ranquist’s largest development projects to date—47 row homes—is poised to break ground this spring in River North at the corner of Oak Street and Cleveland Avenue. Pre-marketing for this deluxe project, named Basecamp, began in earnest in January and delivery is expected next fall. Some cool features include concrete floors with radiant heat and ultramodern Italian cabinetry by Archisesto. Pricing starts at $549,000.

Developers agree there’s robust activity now to satisfy hearty market demand. But they’re keeping their fingers crossed that this level of interest continues. “If we start building something now, it will take about 18 months to deliver,” says Goldberg. “I really hope this strong market lasts.”

This entry was posted in Uncategorized and tagged luxury, real estate, spec building. Bookmark the permalink.